Who Gets The Dog? Pet Custody and Divorce

Who gets the dog? This is a question I often deal with, from parties who are married and unmarried alike–the undoing of partnership and family (which does include pets).

As a divorce attorney, I deal with this very often and take it very seriously – as dogs, particularly, for many people, hold the same affinity as children.

I have entered into pet custody agreements (wholly unenforceable in the Probate and Family Court), have had the dogs “go where children go” and some simply let go.

Some of my clients have even entered into “special ops” to rescue and recover their beloved dog from their spouse. Bottom line is each person needs to look at the right scenario to fit their needs and the dog’s needs. 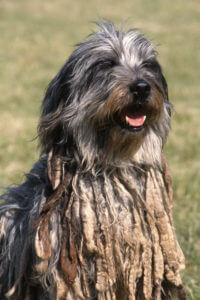 My husband had to struggle with his ex-wife in deciding who got the two rare-breed, Bergamasco sheepdogs.  The dogs were his favorite things–they played hide-n-seek, rode with him everywhere in his Jeep Wrangler, and were the focus of his life. However, when all of the dust settled, it was handled in the same consideration as he would with children–what was best for the dogs.

He thought about each taking one dog, a common scenario. But ultimately what was best for the dogs, was that they stay together. Initially, during the separation, he shared the dogs, each with one week on and one week off.  But he knew that arrangement would not allow either of them to move on and he felt that would be a way to keep him in ex-wife’s life. He resolved it through mediation and kept the two sheepdogs together. Here is what he says about the process:

“Divorce is hard, but you are leaving a relationship that will never work. Divorcing your dogs? That was the worst part – because they were my kids, my best friends – which I would never get to see again. That’s hard.

It will never be “right for me” – but it was right for them. There were so many factors, but as long as you focus on them and not “winning the fight” – it’s for the best. That is often the hardest part of love.”

Dogs often get no say in a family court.  For example, in one divorce case, the other attorney argued over dog custody and visitation (my client possessed the dog) needless to say that did not go well.  The judge said “the day that I have to deal with a contempt over a dog custody plan is the day I will retire“. I have tried to “sneak in”  pet custody provisions by agreement, and the court will order those provisions stricken and unenforceable.

Bottom, line, possession of the pet generally rules. If the parties cannot work out a plan for the dogs, then my advice is to look at the bill of sale. The last couple I worked with was unmarried. The girlfriend loved the pet, but the bill of sale was in the boyfriend’s name.  The boyfriend let go of the dog given the emotional attachment that would have held up their ability to resolve debt and home, amicably. It’s the moment, when you need to pick your battles and balance it against the best interests of the dog. Overall, the bill of sale would have allowed him to keep the dog.

Couples must also consider housing and their ability to care for the dog, in deciding pet custody.  For an example, one of my clients lives with his elderly grandmother, so he cannot keep the dog. He also didn’t want to remove the dog from the children’s home. While he no longer has pet custody, he still buys the dog special food and loves the dog dearly.

One interesting item to note, is when a dog is at risk of violence or there is a concern for pet safety. The vast majority of states do allow for a pet restraining orders. Courts hold the authority to protect pets and this may be something to consider if a valid concern exists.

In summary, in time I believe that family courts will change their stance on pet custody – but for now, possession is 9/10th of the law.  If you want to keep the pet, keep the pet. If you and your spouse can enter a contract on pet custody, that can be enforceable in a contract (most likely apart from the family court).  But my ultimate advise to all is the same as what I would say for the children –>

Do what is best for the dog.